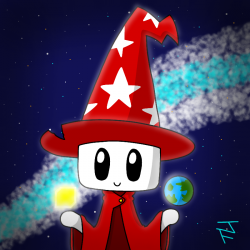 Became part of the developer team: 2014

SirKewberth is also a creator of many realms. Some of them are: