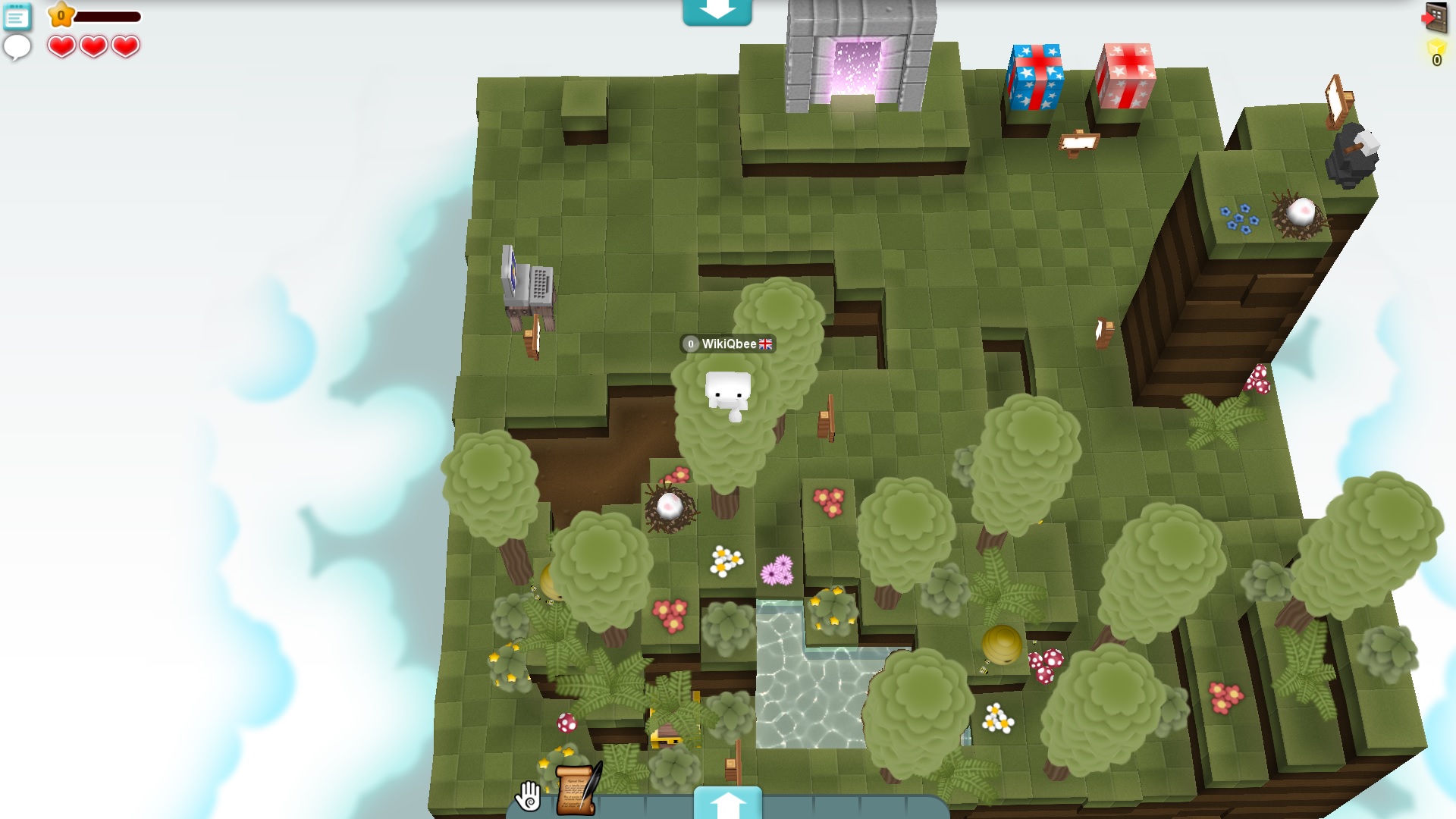 Every new Qbee receives a 17x17 Starter Realm, it is their new home in Cubic Castles! It can be accessed straight after leaving the Adventure, and even placed in an Overworld later on.

Both of the gifts come with similar items, however there is a small difference. The pink gift contains blocks that are more suited for decoration, whereas the blue one comes with blocks that are a bit more dangerous. Doesn't really matter if you are a decorative gift or daring gift to choose one, whatever suits you as a qbee

The old starter overworlds were 30x30 realms. They were changed to 17x17 in an update. More details can be found here. Note: there are no images of the old starter realms here. You can contribute by adding an image.