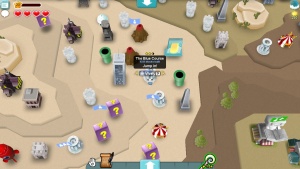 Additional Quests - can be obtained via Cubit Store. It's a big pack of many kinds and difficulties of quests; those will reward you with a fair amount of EXP at completion.