Difference between revisions of "Ghost Hunting" 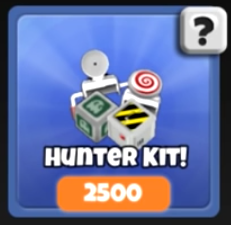 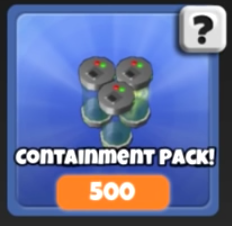 During this event, Plasm mobs would spawn anywhere, from Mines to Realms. However, the Plasms, or ghosts, could not be seen unless the player was wearing a Psychic Revelation Cap, gotten from the Hunter Kit.

The Hunter Kit is available during this event for 2,500

in the store. It comes with a Ghost Gate, a Paranormal Index, and either a Psychic Revelation Cap or a Psychic Repulsion cap.

This hat is one of the two available in the Hunter Kit. When a player is wearing it, the hat can detect nearby Plasms, making them visible.

This is the other hat available. When the player is wearing it, it repels Plasms, pushing them away.

The Paranormal Index is an information bumper, that when accessed will show you all the Plasms you currently have in Ecto Containment (works only when right next to the container) Units (see below) and how many you are still missing. This is quite useful for making sure you have the full collection.

See below in the Containment Pack section for how to use the Ghost Gate.

The Plasm Traps pack is available during this event for 500

in the store. It contains 10 Plasm traps, making each one cost 50

The Containment Pack is available during this event for 500

in the store. It contains 5 Ecto Containment Units, making each one cost 100

An Ecto Containment Unit is used to display your trapped Plasms. The Unit is placed like a normal block, and is empty at first. To put a Plasm inside, place a Ghost Gate (see above) right next to the Containment Unit. For this to work, the Gate must be touching the Unit. Then, walk up to the Ghost Gate. A button will appear to access it. Once you have opened it, drag your trapped Plasm onto the single slot, and it will immediately be transferred into the Ecto Containment Unit. When you stand next to a Unit that has a ghost in it, a box of text will appear (similarly to the Crude Signpost) which tells you what type of Plasm is currently in the Containment Unit.

Here is a list of all the Plasms that are out and about during this event. They can all be found at random, wandering around rooms, Realms, and mines. 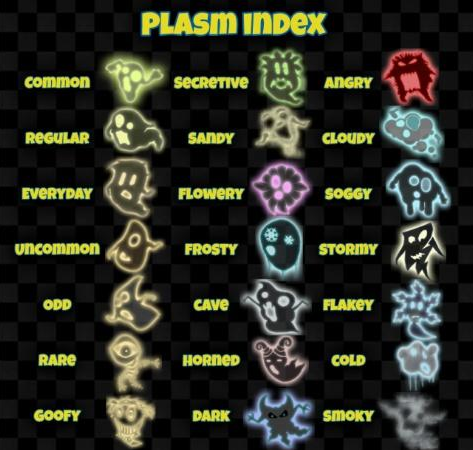