Difference between revisions of "Angel" 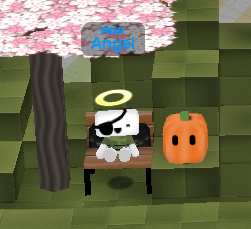 Angel is a player who has dedicated her spare time to help moderate Cubic Castles.


! Angel's name contains two spaces before and after "Angel" !

Angel, previously known as *MadameAngel*, besides from moderating in-game, loves to build and create, collects Angel Wings, says "Leedle", and spends time with her friends. Angel has a total of five pets, out of which, three are Angel's "fur babies", and two are Angel's "beautiful fullmoon betas".