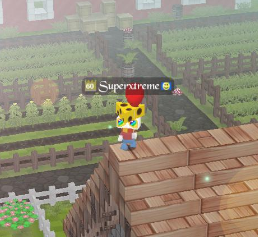 Superxtreme, also know as 'Super', besides helping every Qbee, loves collecting, fighting and eating cheese! From his own quotes, "Cheese is life!". Apart of this, he owns amazing realms where his building talents are shown to everyone!